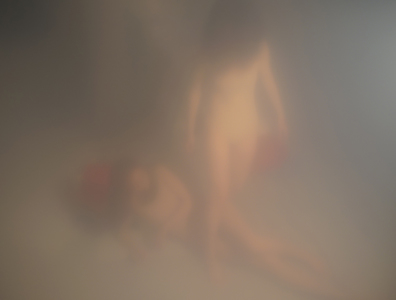 For almost forty years, German composer Hans Zimmer has been writing the soundtracks for films ranging from art house movies to some of Hollywood’s biggest blockbusters including "Pirates of the Caribbean," "Inception," "The Da Vinci Code," "Gladiator," and "The Dark Knight Rises." His scores integrate electronic music with traditional orchestral instrumentation, creating sweeping epic soundscapes that elevate the dramatic action of the already larger than life silver screen images. As the composer of these scores, Zimmer has not only altered the manner in which we experience movies but also the way in which we experience life, encouraging us to dream beyond the ordinary, to live our own lives with grand orchestral crescendos. Whereas Zimmer’s score originally played a supporting role in realizing director Christopher Nolan’s cinematic vision for the movie "Interstellar," "soft lights for sleepless nights" uses Zimmer’s music as the starting point, developing a completely new world animated by a new cast of characters. "soft lights for sleepless nights" is a multi-disciplinary hybrid, an experiment in creating cinematic theatre.